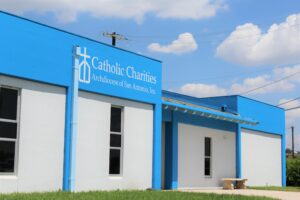 “St. Stephen’s CARE Center opened in the West Side of San Antonio on Sept. 9, and unlike typical food pantries — the CARE Center looks and operates like a traditional grocery store.
The center’s clients can peruse the aisles and choose the type of products they will receive, which hopefully will create a feeling of autonomy and dignity, Catholic Charities of San Antonio‘s Christina Higgs told Texas Public Radio.” 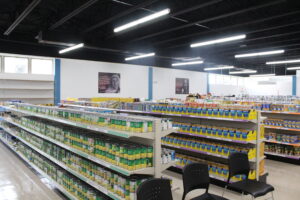 From Texas Public Radio:
There’s a new grocery store on the West Side of San Antonio, but after its customers have walked the aisles and selected their groceries, they don’t have to pay. 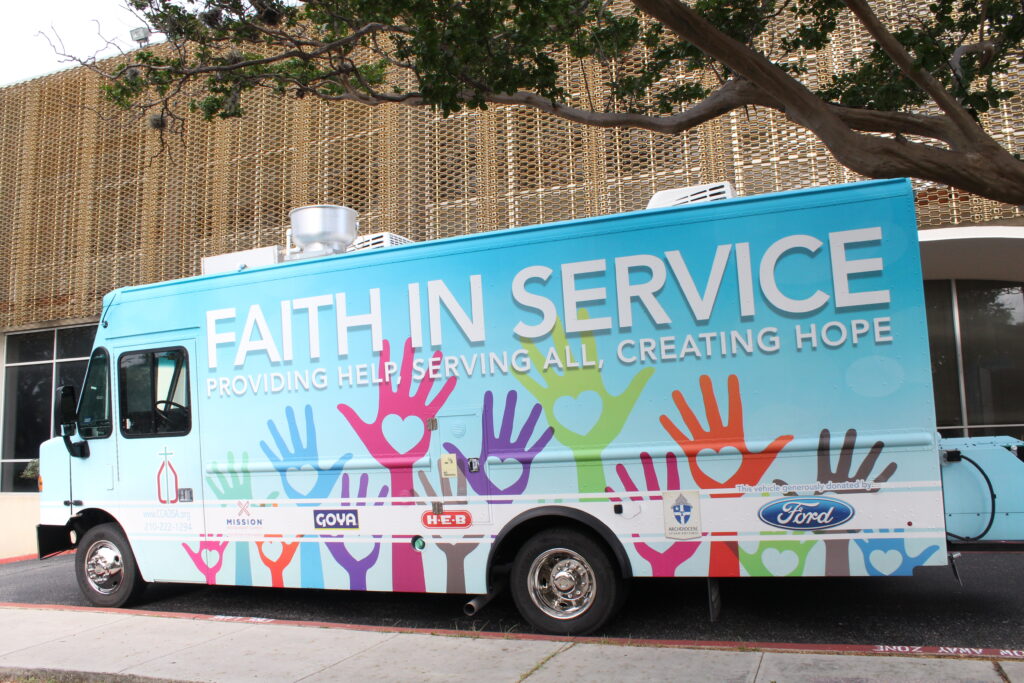 Asylum-seeking migrants often make it to San Antonio without having the opportunity to bathe for weeks beforehand. Similarly, there are residents of San Antonio who don’t have access to clean water. 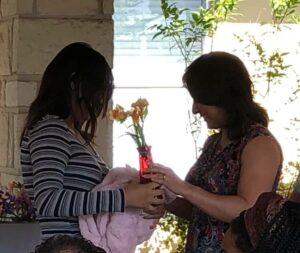 Guadalupe Home is a shelter that gives women ages 18-40 who are pregnant or parenting a place to live.
Elaina Stokes is one of many women who were homeless until they moved to the Guadalupe Home.

Camp Helps Refugee Students Integrate, One Book at a Time

If you ask 10-year-old Ti where he’s from, he’ll tell you he’s from Thailand. If you ask what part of Thailand, he’ll tell you, “section six.” He was born in a refugee camp for Karenni people who crossed the border into Thailand. That camp is a long way away from the table at St. Matthew Catholic Church, where Ti sat surrounded by fellow Karenni refugee students at the Literacy Education for Newcomer Students (LENS) camp, hosted by Catholic Charities and the University of Texas at San Antonio.